The Women’s Health Initiative (WHI) is a long-term national health study funded by the National Heart, Lung, and Blood Institute, or NHLBI. The original WHI study began in the early 1990s and concluded in 2005. Since 2005, the WHI has continued as Extension Studies, which are annual collections of health updates and outcomes in active participants. The second Extension Study enrolled 93,500 women in 2010 and follow-up of these women continues annually.

As with the original WHI study, the main areas of research are cardiovascular disease, cancers, and osteoporotic fractures. While WHI continues to focus on strategies to prevent the major causes of death, disability, and frailty in older women, the breadth and richness of the WHI data allow for the exploration and investigation of many more research questions on women’s health and aging.

To learn more about the original WHI study that began in the early 1990’s, including specific details about the three clinical trials and the observational study, visit the WHI program page on the NHLBI website. 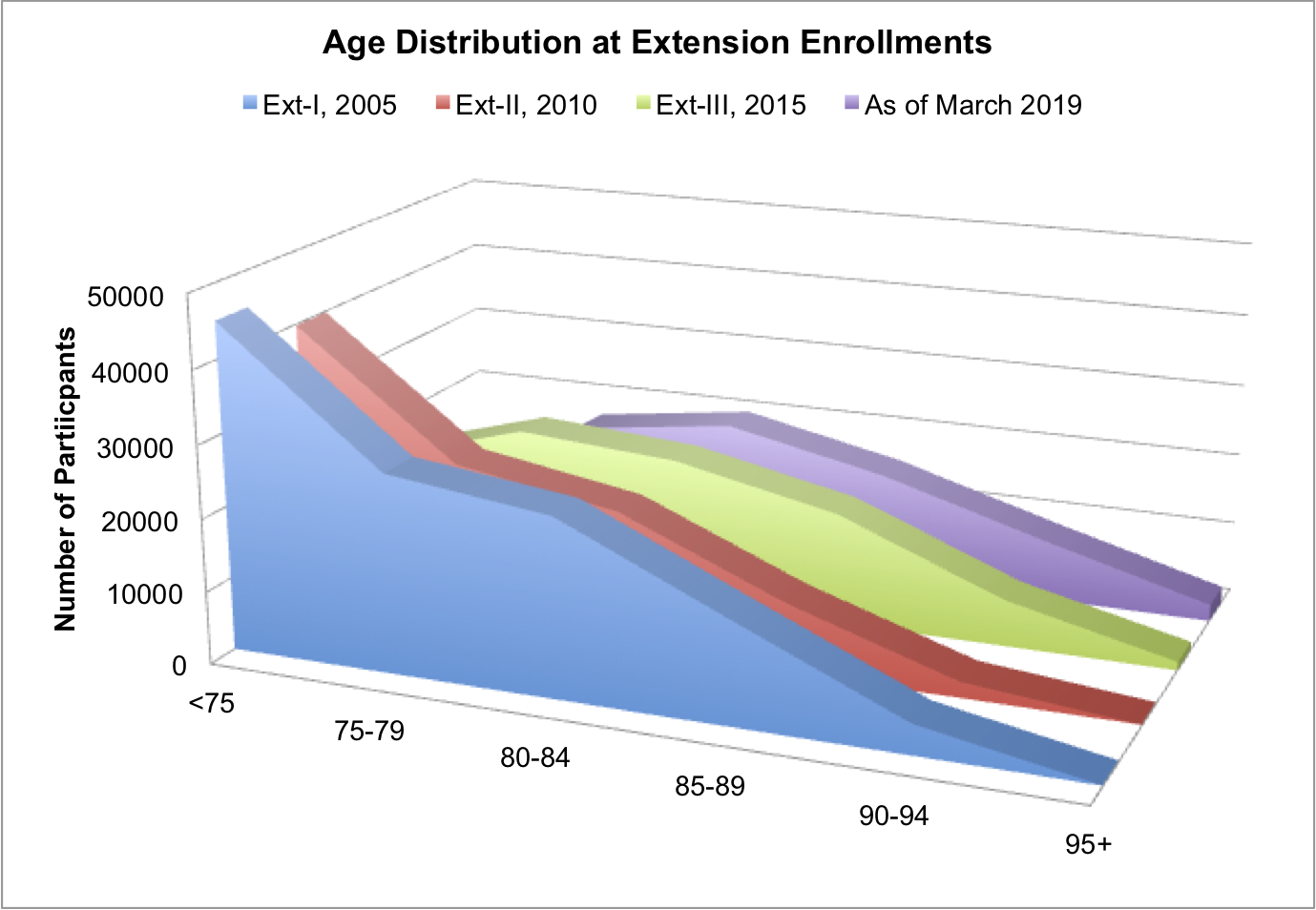 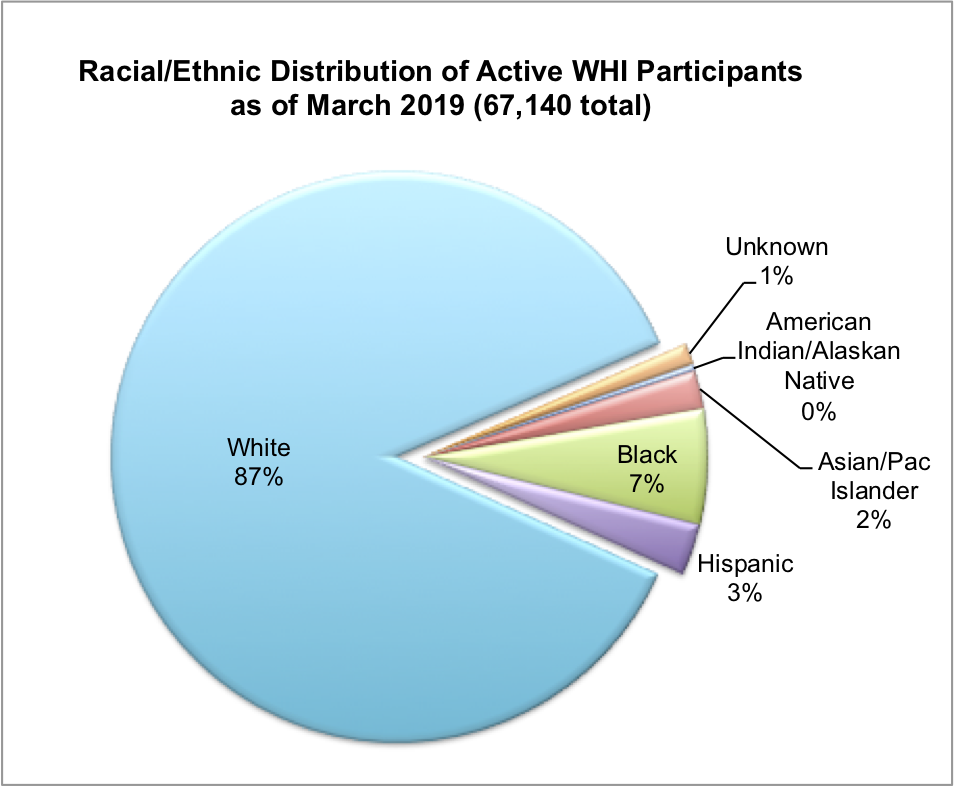 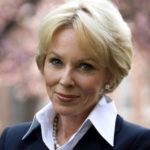 On April 19th, 1991, Dr. Bernadine Healy, the first female director of the National Institutes of Health, announced plans for the WHI study. 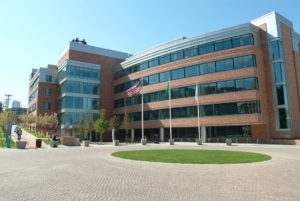 The Fred Hutchinson Cancer Research Center in Seattle, WA was awarded the role of the WHI’s Clinical Coordinating Center (CCC). The CCC was responsible for maintaining consistency between the 40 clinical centers and collecting, managing, and analyzing WHI data.

The first 16 vanguard clinical centers in the country were named and began recruitment.

24 additional clinical centers are named, bringing the total to 40, with recruiting sites in 23 states. 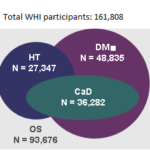 161,808 postmenopausal women enrolled in the WHI. Over 68,000 women were randomized to 1, 2 , or 3 clinical trials: the Hormone Therapy (HT) Trial, the Diet Modification (DM) Trial, and the Calcium and Vitamin D (CaD) Trial. Over 93,000women enrolled in the Observation Study (OS).

The estrogen-plus-progestin arm of the HT trial was stopped. Early results showed women who took this combination hormone therapy had increased risk of coronary heart disease, stroke, pulmonary embolism, and breast cancer. Findings were published in the Journal of the American Medical Association (JAMA).

Estrogen-only arm of the HT Trial is stopped

Early results of the estrogen-only arm of the HT trial showed increased risk of stroke and no protection against heart disease. The trial was halted after an average of 6.8 years of follow-up. Findings were published in JAMA. 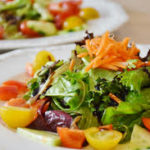 All participants in the original WHI study were invited to enroll in the first extension study. 115,400 women enrolled and health updates and outcomes were collected annually from 2005-2010.

Health updates and outcomes were collected annually from 2010 to 2015 for the over 93,500 women who enrolled in the second WHI extension study. 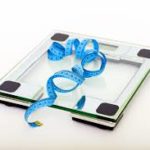 From 2012 to 2013, over 7,800 women in the 2nd WHI Extension Study participated in the Long Life Study. They provided a blood sample, body measures, and performed physical function tests at an in-home visit. 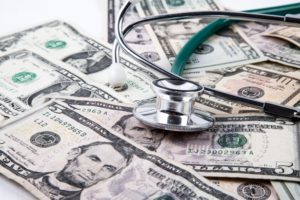 An economic and health analysis of the effects of the WHI hormone therapy results indicated 76,000 fewer cardiovascular disease cases, 4.3 million fewer combination HT users, 126,000 fewer breast cancer cases, and a $35.2 billion savings in medical expenses in the decade following the release of the trial results.

The WHI encourages researchers to ask novel questions and develop new studies using WHI’s vast data repository and biorepository. Investigators have been proposing these ancillary studies since the beginning of the original WHI study. In 2014, 500 ancillary studies had been approved.

The Association for Clinical and Translational Science awarded the WHI study the Team Science Award for the collaborative nature of the investigators involved and the volume of high-quality scientific discoveries.

Second Extension Study is extended to 2020

Additional funding allowed the Second Extension Study to continue until 2020. Health and medical outcomes continue to be collected annually from the women who enrolled.

The American Association for Cancer Research awarded the WHI study the Team Science Award, reinforcing that the WHI community of investigators are a collaborative group producing strong science.

The oldest active participant in the WHI turns 103

The average age of women still active in WHI is 83 years and ranges from 71 to 103 years.

Outcomes continue to be collected annually from women who enrolled.

An organizational chart provides further information detailing the roles of individual WHI Steering Committee members. Please continue reading the next section to learn more about former PIs and key contributors to the Women’s Health Initiative over the past three decades.

The WHI study consisted of 40 Clinical Centers, several with additional satellite locations, during the recruitment and active intervention phase of WHI (1993-2005). During the WHI Extension Studies, the Clinical Centers, shown in the interactive map below, were consolidated into 10 Regional Centers in 2010. The WHI Clinical Coordinating Center (CCC) is located at the Fred Hutchinson Cancer Research Center, in Seattle, WA. The tables below show the investigator names and locations of the original Clinical Centers and the current Regional Centers. Visit the Contacts page for CCC and Regional Center contact information.

These WHI Investigators have a history of major contribution to WHI 5 or more years ago as Past Principal Investigator or Co-Investigator at the CCC, a Regional Center, or an original WHI site or while employed at the NIH. Past WHI chairs of a WHI standing committee also may qualify as Legacy Investigators.